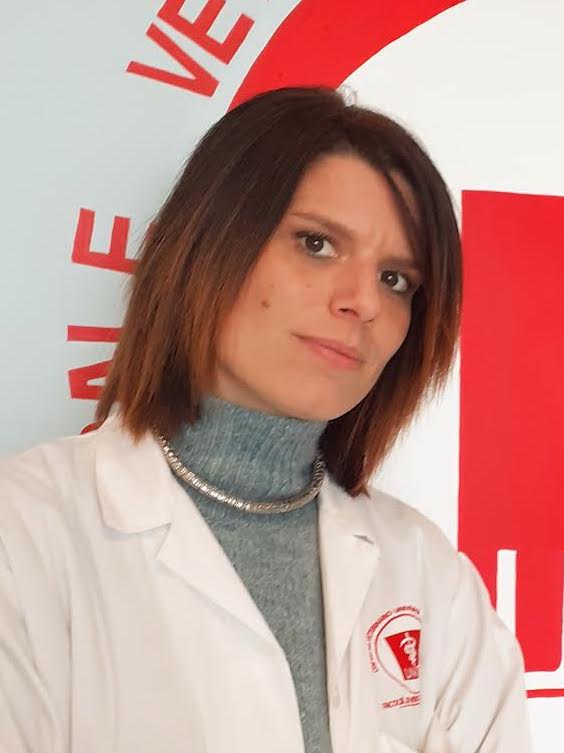 DVM
Adjunct Professor (Oncology)
In the academic year 2009/2010 she graduated in Veterinary Medicine with an experimental thesis in Pharmacology at IRCCS “Giovanni Pascale” in Naples, after two years. Her degree focused on the development of new radio labelled for the diagnostic and therapy of metastatic melanoma. She continued working at IRCCS in the laboratory of nuclear medicine for development, in vitro and ex vivo, of radio labelled target molecular, paying particular attention to hematologic diseases and neuroendocrine tumors. In 2012 She moved to Bologna to partake in a research project on domestic small animals at “Centro Oncologico Veterinario” in Sasso Marconi. In 2014 she became the head of the veterinary medicine oncology department at the veterinary hospital “I Portoni Rossi”. Since 2016 She has been in the same position at the veterinary clinic of “Città di Carpi”. She has published various scientific articles in both national and international journals, She has participated in many conferences in Italy and in Europe dealing with both human and veterinary medicine.